Poppers is a colloquial name for alkyl nitrites, a group of liquid compounds that evaporate quickly at room temperature. Inhaling their vapor causes the body's smooth muscle tissue to temporarily relax. This expands blood vessels, which in turn reduces blood pressure and produces feelings of blushing, dizziness, and bodily euphoria.

Although amyl nitrite was once used as a first-line treatment for both angina and cyanide poisoning, it is now rarely used in medical settings. Isopropyl nitrite has become more common in recent years after isobutyl nitrite was deemed a possible carcinogen.

These values are based on qualitative reviews of available knowledge, and should only be viewed as guidelines. They are also relative, so a score of "very low risk" does not mean the substance is risk-free. The scale assumes users are normal, healthy individuals; beware that even drugs which are well-tolerated by most people may nevertheless be harmful to some users. It also assumes normal use patterns; that is, if a given drug is only harmful when used in a certain way, yet is almost never used in that way, then the drug will be considered less harmful compared to a similar drug which is commonly used in a harmful way.

Poppers are assumed to have low overdose risk when used normally. Between 1993 and 2015, only 25 reported deaths in England and Wales were connected to use of poppers [9]. Excessive use within a short period of time can nevertheless reduce the blood's ability to transport oxygen, which can be harmful and, in severe cases, potentially lethal. Although the risk of such complications is very low when only the vapors are inhaled, people have died in this way after ingesting the liquid itself [12].

Because poppers dilate blood vessels, which may in turn cause a sudden drop in blood pressure, it is advised that people with heart problems or abnormal blood pressure abstain from using poppers.

Use of poppers is not significantly associated with any long-term health problems. The most commonly reported injury associated with prolonged use is chemical burns around the nostrils and lips, resulting from users having spilled the liquid solvent on their skin [1]. Certain animal studies have also indicated that poppers may damage the immune system and liver, although this effect has not been observed in human users [21, 22].

A small number of users have reported blurred or fluttering vision, or seeing periodic "flashes" in their field of view, after using poppers. The symptoms are usually mild to moderate in intensity, and have been reported to appear following both prolonged and first-time use. It is assumed that these problems are caused by damage to the retina, and that they appear more commonly in people taking medications against HIV. Normally, these visual problems gradually decrease and eventually go away after the user stops using poppers [16, 17, 18].

Isubutyl nitrite is considered to be carcinogenic, and one should therefore avoid products containing this compound.

Poppers are not normally considered addictive, although some users may be tempted to use them often due to the short duration of effects and lack of a hangover [1]. Some people who use poppers frequently in sexual settings report becoming dependent on poppers in order to have sex. Rat studies have shown that certain alkyl nitrites lead to dopamine release in specific brain regions, which may indicate some potential for addiction [19].

There is very little evidence to indicate that use of poppers leads to cognitive problems or psychiatric illness [8]. A single rat study found tentative evidence of reduced learning ability, memory recall, and coordination, but it is not clear whether or to what extent these findings apply to humans [20].

Since the effects are short-lived and tend to make the user feel calm and relaxed, one is unlikely to engage in any risky behavior while under the influence of poppers. However, since poppers cause vasodilation, there is some risk of fainting due to a sudden drop in blood pressure. This can lead to injuries from falling over, as well as liquid spills, if one is standing up. For this reason, poppers should only be used while seated or laying down. Spilling the liquid can result in chemical burns, especially if spilled in the eye; in such an event, one should rinse the affected area with plenty of cold water and contact the nearest emergency room if necessary. Poppers are highly flammable and should never be used near an open flame, cigarette/joint, incense burner, vaporizer, or other source of ignition [1].

Few drugs are known to interact with poppers, even though they are frequently used in combination with other drugs. However, it is not advisable to combine poppers with other vasodilating medications, such as sildenafil (Viagra) or nitroglycerin, as this can cause fainting due to a sudden drop in blood pressure. For the same reason, one should also be careful about combining poppers with alcohol or cannabis. It also appears that certain medications against HIV may increase the risk of visual disturbances after using poppers [16].

4. Dosage and route of administration
DOSAGE

One study estimated that 0.2 ml of vaporized liquid corresponded to a normal effective dose of isobutyl nitrite [5]. However, it is generally difficult to measure the exact dosage for any volatile drug administered by means of inhalation. The sudden onset of headaches after using poppers may be a sign that one is using them too much within a short period of time, in which case it is advisable to stop or at least take a break.

Amyl nitrite used to be sold in small glass ampoules wrapped in paper, which users could then crush or break ("pop") in order to inhale the vapor. Although they are still called "poppers" to this day, nowadays they are mostly sold in the form of a small glass bottle with a plastic screw cap.

Poppers are most commonly administered by inhaling the vapor directly from an opened bottle. This method does, however, put the user at risk of liquid spills and resulting chemical burns. A somewhat safer method involves soaking a small amount of the liquid into a wad of cotton or tissue paper, and then inhaling from this instead [1].

Alkyl nitrites are metabolized by the body into nitrogen monoxide, which relaxes smooth muscle tissue throughout the body. This causes blood vessels to dilate, which the user experiences as an intense feeling of blushing/flushing in the face and head, as well as dizziness and bodily euphoria. It is unclear whether poppers cause any direct psychoactive activity in the brain, or whether their subjective effects only arise indirectly as a result of the aforementioned muscle relaxant effects [1].

The effects of inhaling poppers typically last for 2–5 minutes [1].

Poppers cause a sudden "rush" of effects which many users report as feeling similar to blushing, along with dizziness and bodily euphoria. Other user-reported effects include an enhanced tactile sense, disinhibition, enhanced sexual desire, laughing fits, and looping thought patterns. Some also report a sense of falling, of the room spinning, or of time moving slower while under the influence of poppers. Use of poppers in combination with other drugs may increase the subjective effects of the other drugs in question.

Headaches, likely caused by dilated blood vessels in the brain, are not uncommon after using poppers. Some users also experience nausea and excessive dizziness, and fainting may occur in some people due to sudden drops in blood pressure [1]. Poppers cause simultaneous high pulse and low blood pressure, and should therefore not be used by people with heart conditions or low blood pressure. Some users have reported erectile dysfunction and/or premature ejaculation after excessive use of poppers. Using poppers can increase intraocular pressure, which could exacerbate conditions such as glaucoma. Some poppers on the market contain additives which may cause allergic reactions [4].

6. Legal status
In Norway, alkyl nitrites are classified as prescription-only medical drugs (legemiddelforskriften § 1–3). This means it is illegal to market them for non-medical human use. However, their use as heavy-duty solvents is legal, so they are sometimes marketed as the main ingredient in niche household or industrial cleaning products (e.g. stain cleaner, sticker remover, etc.).

Although it is not illegal to use alkyl nitrites as a recreational drug, it is illegal to buy or possess alkyl nitrites that have been illegally imported into the country, stolen from a hospital or pharmacy, or otherwise procured by illicit means. This would be considered possession of stolen goods, a punishable crime (tolloven § 16–4/straffeloven § 332).
7. Sources
1. Alkyl Nitrites (poppers) - drugscience.org.uk
2. Amyl Nitrite (Alcohol and Drug Foundation)
3. Volatile Nitrites - Special Subjects - MSD Manual Professional Edition
4. Is amyl nitrite safe? (Medical News Today)
5. Use of Isobutyl Nitrite as a Recreational Drug (Addiction, 1978)
6. Use of "Poppers" among Adults in the United States, 2015-2017 (Journal for Psychoactive Drugs, 2017)
7. Poppers, queer sex and a Canadian crackdown: Examining the experiences of alkyl nitrite use among young sexual minority men (International Journal of Drug Policy, 2020)
8. Harmless? A hierarchical analysis of poppers use correlates among young gay and bisexual men (Drug and Alcohol Review, 2019)
9. Deaths involving alkyl nitrites in England and Wales, 1993 to 2015 (UK Office for National Statistics)
10. Comparison of acute lethal toxicity of commonly abused psychoactive substances (Addiction, 2004)
11. Development of a rational scale to assess the harm of drugs of potential misuse (The Lancet, 2007)
12. Toxicities Of Alkyl Nitrites (Annals of Internal Medicine, 1986)
13. Fatal methemoglobinemia resulting from ingestion of isobutyl nitrite, a "room odorizer" widely used for recreational purposes (Journal for Forensic Sciences, 1981)
14. Methemoglobinemia from Sniffing Butyl Nitrite (Annals of Internal Medicine, 1979)
15. Fatal Methemoglobinemia Due to Inhalation of Isobutyl Nitrite (Journal of Toxicology: Clinical Toxicology, 2008)
16. Do not turn a blind eye to alkyl nitrite (poppers)! (Acta Ophthalmologica, 2016)
17. Poppers: legal highs with questionable contents? A case series of poppers maculopathy (British Journal of Ophthalmology, 2017)
18. The prevalence of visual symptoms in poppers users: a global survey (BMJ Open Ophthalmology, 2017)
19. Abuse potential and dopaminergic effect of alkyl nitrites (Neuroscience Letters, 2016)
20. Neurotoxicity induced by alkyl nitrites: Impairment in learning/memory and motor coordination (Neuroscience Letters, 2016)
21. Inhalation exposure to isobutyl nitrite inhibits macrophage tumoricidal activity and modulates inducible nitric oxide. (Journal of Leukocyte Biology, 1995)
22. Acute exposure to the abused inhalant, isobutyl nitrite, reduced T cell responsiveness and spleen cellularity. (Toxicology Letters, 2000) 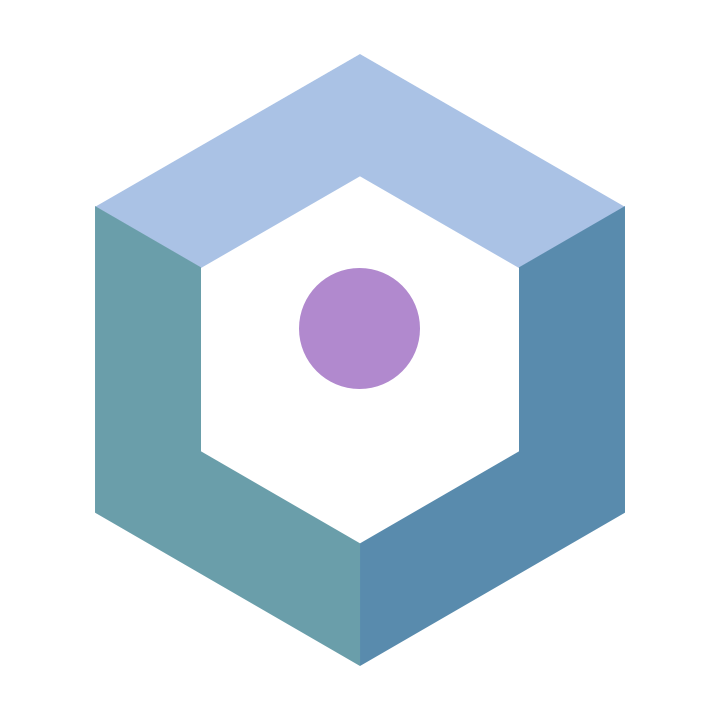